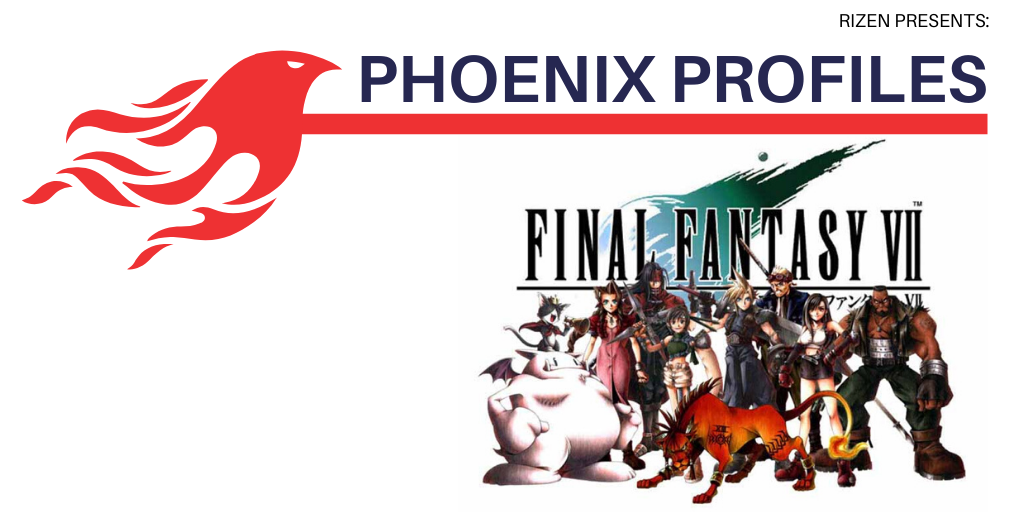 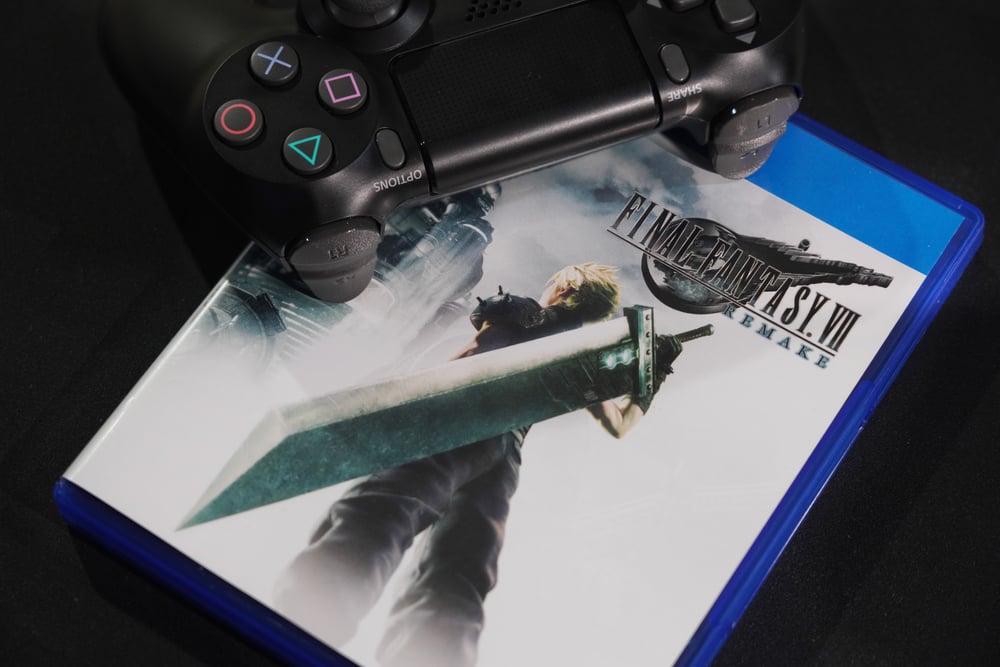 Rizen recently introduced a new installment, "Phoenix Profiles," and will be regularly profiling several companies who experienced a resurgence by making smart marketing decisions. Like a phoenix, Rizen's logo, these companies have "risen from the ashes."

Let's look at Square Enix and their smart marketing decision to (finally) build a remake of a beloved video game classic. 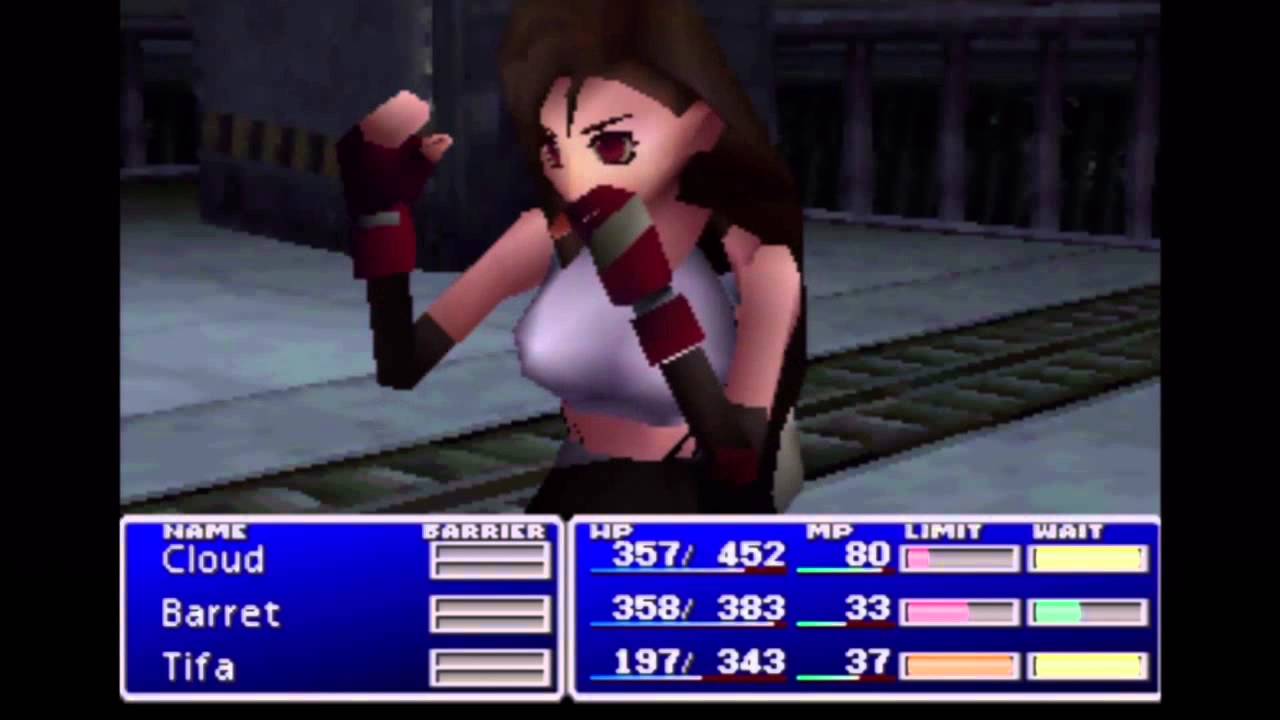 The TV ads for Final Fantasy VII left people in disbelief in 1997. It looked like a movie with a live orchestra, and its vision promised something no other video game had done before.

Initially released for PlayStation in 1997, FFVII single-handedly popularized the role-playing video game (RPG) genre outside of Japan. FFVII's departure from traditional fantasy settings seen in previous games into a realistic, science fiction setting made it all the more popular in the West (Washington Post).

The original game is still considered amongst one of the greatest games of all time for its music, characters, and story. Various gaming publications and media, including PC Magazine, IGN, GameSpot, and GamesRadar, all place FFVII among the greats. 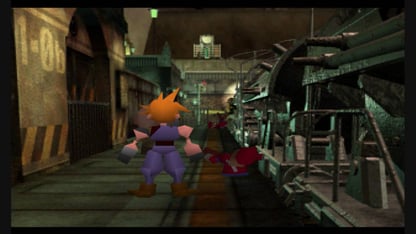 The premise of FFVII follows the main character Cloud Strife. Cloud is hired by the eco-terrorist group AVALANCHE to help fight the mega-corporation Shinra Electric Power Company. Shinra is attempting to drain the planet's lifeblood as an energy source to further their profits.

Initially, Cloud fights for his own cause, not wanting to be involved in AVALANCHE's eco-activism. Eventually, Cloud joins forces with the game's several supporting characters to thwart Shinra and Cloud's nemesis, Sephiroth.

It was a complex story of personal delusions, climate change, mental health, and class warfare. The game blended gameplay and cinematic camera work - a rarity in video games at the time.

FFVII's original marketing campaign was a novelty too. TV ads, a legendary soundtrack, and live 3D computer-animated cutscenes made it one of the most ambitious projects of all time. It exceeded all expectations and was the most expensive video game ever produced (until 2004).

FFVII was the best-selling Final Fantasy game, with more than 13 million sold (IGN). The fans wanted more, and although eight more titles followed it, they were all stuck on the Final Fantasy 7. 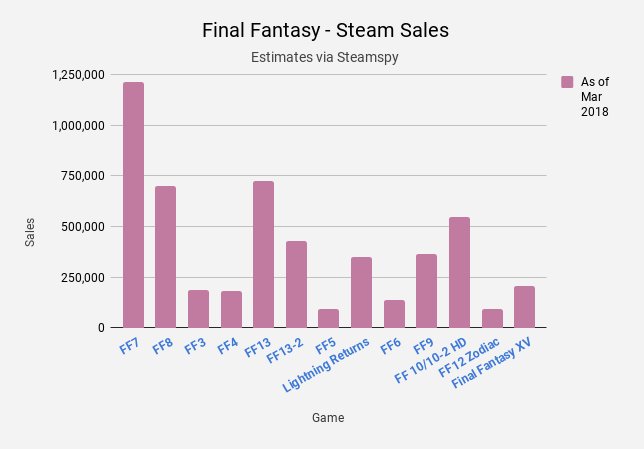 In 2005, Square Enix unveiled a Final Fantasy VII technical demo at for the famous Electronics Entertainment Expo (E3). The showcase was a tease to show off the graphics for the upcoming PlayStation 3 gaming system.

The tech demo was so popular fans began demanding a full remake of the game. Square Enix denied these wishes for a decade, to their peril.

Remaking their most popular game would be a daunting task. Finally, fans were promised a full remake in 2015, when Sony and Square Enix realized they couldn't let go of FFVII either. At E3 2015, Square Enix previewed a teaser trailer for Final Fantasy VII Remake and released a second trailer later that year for the upcoming PlayStation 4 console. 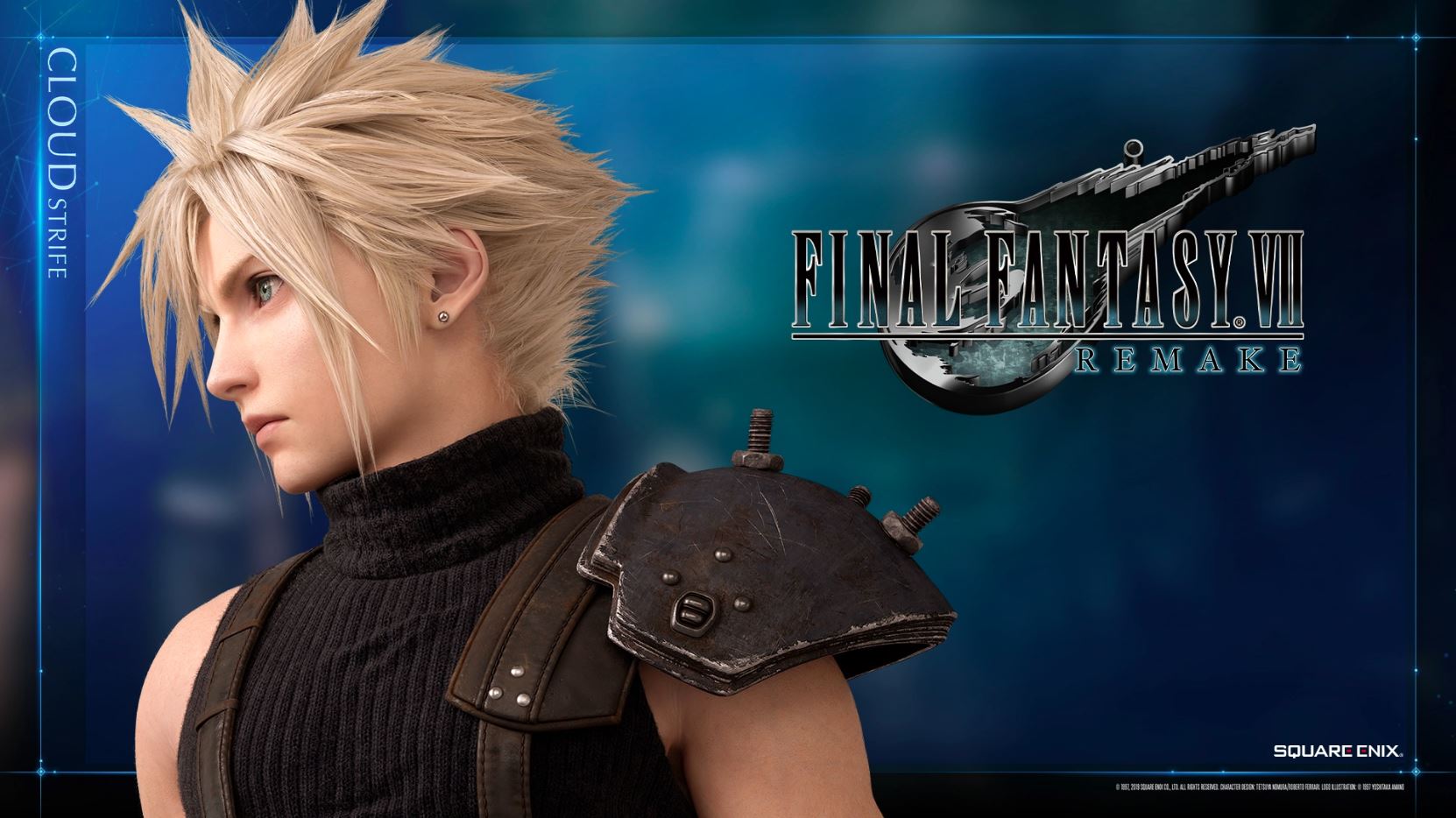 In April 2020, after several delays, the Final Fantasy VII Remake was finally released, exclusively for the PlayStation 4.

The FFVII Remake mostly keeps the original story intact. It is being released in an episodic format, differing from its predecessor 23 years earlier that shipped with three different discs. The Remake fully covers the team's first adventure in Midgar, initially only roughly 5 hours of the original title. It differs from the original in that it ditches the turn-based Active-Time-Battle system (ATB) for a reimagined action-based system (The Verge).

The Remake has sold more than 3.5 million copies in less than 60 days. GameSpot, Gamesradar+, Techradar, Easy Allies, Twinfinite, Empire, and The Verge have given FFVIIR very high scores and reviews. 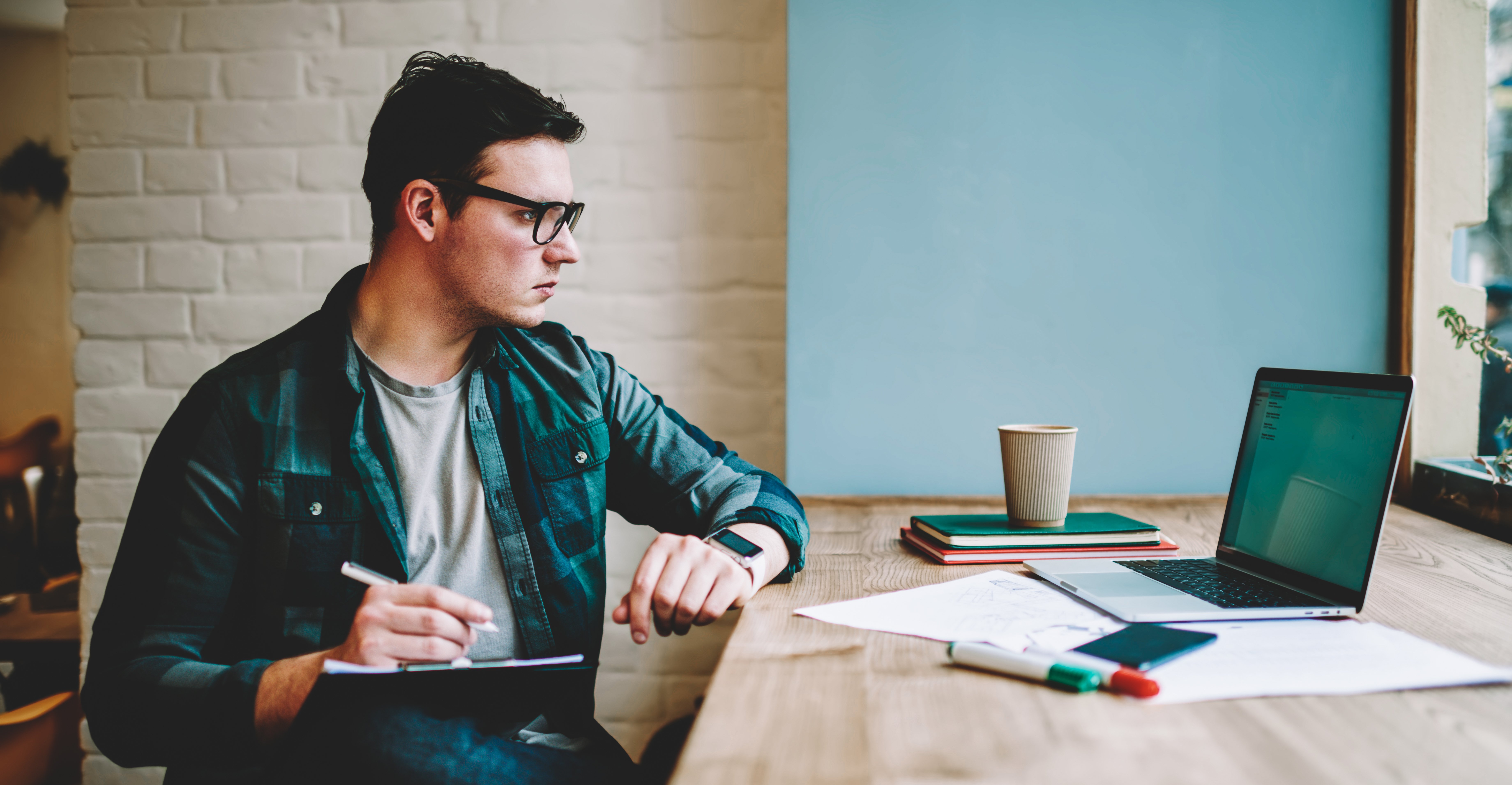 What We Can Learn

It's essential to make smart marketing decisions. Still, it's even more vital that they're timely and responsive to the needs of your target audience.

Fans asked for a remake of their most beloved game for years, and those requests fell on deaf ears. Their wishes weren't met until Square Enix realized they were in danger of losing the loyalty of their supporters.

An essential cornerstone of the inbound methodology is the "delight" stage. This step is where brands ensure customers are happy, satisfied, and supported long after they make a purchase. Square Enix missed this critical strategy and paid the price.

The FFVII fanbase dwindled for years because Square Enix refused to listen to their loyal customers. As a result, tens of millions of dollars were wasted on lackluster follow-up titles that did more harm than good to the company's brand.

It's never too late to make the right decision, though, and the company has reaped the rewards of turning their approach around and listening to their fans. The Final Fantasy VII Remake is the result of adopting such an approach.

Rizen is committed to promoting intelligent marketing strategies to our readers - both marketers and small businesses. Make sure to subscribe to our monthly email newsletter for the growth content you need and check out our weekly podcast.

Learn more about Rizen as the partner that can help your business experience meaningful growth. Questions? Contact us today. We can't wait to hear from you!

Previous Story
← Three Account Based Marketing Examples for Understanding the Process
Next Story
The Rizen Way: Our Origin Story →

These Stories on Marketing News

How These Brands Successfully Tweaked Marketing During Coronavirus